In the last article, we covered the basics of what Bitters are, and what they do. You can check it out here.
You can also find a list of all the articles related to bitters here. 🙂

The beverage world is full of fads and passing trends. The beauty of it is that everyone eventually gets their time in the limelight, but the tragedy is, very few manage to sustain it for long.

However, there is one tiny little miracle in a bottle that has withstood the test of time, and by the looks of it, it’s here to play the long game.

This week, we’re going a little more into detail about one of the most well known and versatile Bitters of all time : Angostura.

Angostura dates back to the early 1800s. It comes from the Caribbean islands of Trinidad and Tobago, and was originally used as a medicinal “elixir” for Simón Bolívar’s army. It’s essentially a mix of herbs, spices, roots and barks local to Venezuela, mixed into a high strength alcohol. The exact recipe, of course, is a closely guarded secret.

One thing that you can immediately tell from smelling it though, is that it’s incredibly spice-forward. There’s lots of clove, cinnamon, and star anise in there, along with some heat from ginger. There’s also a small bit of vanilla that kind of balances out the rest.*

* It should be noted, I cannot actually confirm that these ingredients exist in the bitters, it’s based purely on my own observations and experiments.

What I CAN confirm is that the major bittering agent in most bitters, is this little thing called Gentian. The closest Indian equivalent we have is called “Chirayata” or “Kiraat / Kiriyaata”. It has a lot of ayurvedic benefits, which certainly fits into the medicinal nature of bitters. 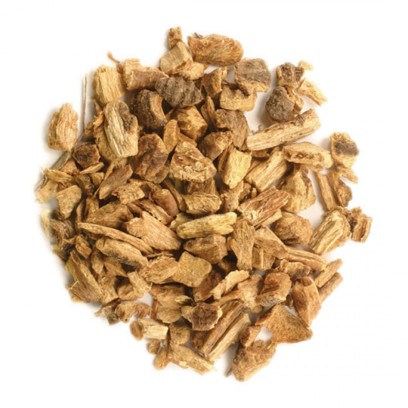 It has an interesting earthy flavour, and it’s quite savoury as well. Try to imagine that woody smell of fresh rosemary, but mixed with the smell of a clay pot – kind of like the matka we use to store water. 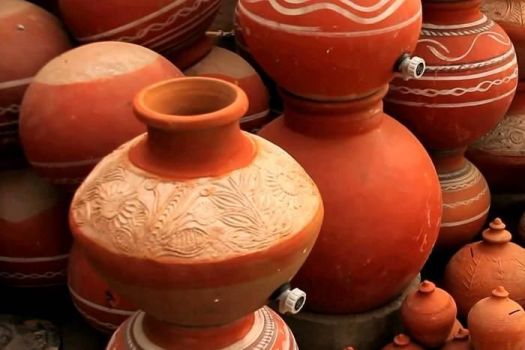 Now that you have a vague idea of what Angostura is like, what are you supposed to do with it?
Luckily for you, Angostura works wonders pretty much everywhere.

For all the culinary enthusiasts out there, let’s see if the words “liquid spice” and “umami in a bottle” pique your interest.

But hey, don’t take my word for it – try it for yourself. It’s a bit pricey (Rs. 2000 for 200ml), but don’t let that discourage you. It lasts for a REALLY long time, and you’ll be doing yourself a big favour by picking it up.

They also launched a new flavour called Orange Bitters in 2007, and it took the world by storm.

This was the first time since 1824 that the company ever made another flavour of bitters, and considering the 180+ years they’ve been doing their thing, that’s saying a lot.

This one obviously has a much more prominent orange flavour, but it also features a hit of coriander. Hardcore beer drinkers will recognise this match made in heaven, as a classic style of beer called Belgian Witbiers. Think of Bira White, Hoegaarden, or India’s new Simba Wit.

While I haven’t sampled Angostura’s orange bitters myself, the reputation of the brand kind of speaks for itself. As for where to use it…

It’s easy to be passionate about something like Bitters. You can make them out of pretty much any flavour, and that’s exactly what people are doing now. Artisanal bitters are becoming more and more common, and restaurants are starting to make their own concoctions to pair with their in-house cocktails and food.

In Mumbai, you want to check out places like The Bombay Canteen (come say hi!), Koko, Thirsty City and Toast and Tonic for some really cool in-house bitters.

I’ll also be posting an article soon on how to make your own, so stay tuned for that. 😉

This one was a lot of fun to research, and even more fun to write about – but it barely scratches the surface.

If you want to know more about it, feel free to hit me up on Instagram @drunk_for_a_penny, or on my personal handle @wine.bass.cats. 🙂