I can’t think of any wine that’s taken India by storm as much as our beloved Port.

I get this feeling that the Portuguese influence on India never truly left us – no other wine has the kind of joy-inducing, party-scene encouraging effect that Port does.

The British actually played a large part in promoting it as well, considering that they were boycotting all French wines during the 17th to 18th Century. This meant they had to find an alternative, and Portugal stepped in to fill the rising demand.

The idea of “fortifying” arose from the need to address a major problem – spoilage. The English distributors started adding a little brandy to the wine in order to increase the alcohol percentage, and allow the wine to last the long voyage back to England.

What they didn’t expect was the yeast in the wine to die because of this addition. This meant that the wine that arrived in England was in great condition, more powerful because of the alcohol, and sweet, because of all the sugar that the yeast couldn’t ferment.

Sweet, potent, and delicious – naturally, it was an instant success.

The name “Port” actually comes from the city of Porto, a city which lies at the mouth of the Duoro river. This was the main channel of trade between the two countries.

The Duoro valley grows the ideal grapes for a wine like Port. Up to 52 different grapes can be used to make it, but the best, and most commonly used ones are Touriga Nacional, Touriga Franca, Tinta Cao, and Rabigato. 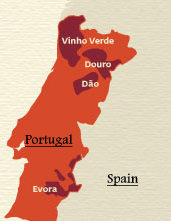 Port goes through more or less the same process of production as other red wines – check out this article to find out what it is.

Note : White Port also exists, but it is far less common. Produced in both dry and sweet styles, it’s best served as an aperitif.

The interesting thing to note here though, is that the practice of foot-treading is still very popular there. But here, instead of using wooden barrels or steel tanks, they use stone containers known as lagares for the crushing.

Much of this stone comes from the mountains surrounding the valley. For me, this was one of those things that made me really fall for it – it truly is a wine of the land. As all wine should be.

In today’s practice, the fortification process is done at the production stage rather than the distribution stage. The wine is allowed to ferment to about 5-8% naturally, and then the yeast is killed by adding all that extra alcohol externally.

To preserve the flavour, they generally use brandy or grape spirit, also known as aguardente.

There are a lot of different kinds of Port. Far too many for me to go into much detail, but broadly speaking, here they are.

Ruby Port – This style is meant to be had young. The delicate flavours of red fruits and berries complement the mild tannins.

Tawny Port – This is Ruby Port aged for a few years in oak barrels. Since red wines tend to lose color with age, Tawny Port, true to it’s name, attains a rust-like colour.

More complex than Ruby Port, this style is a bit nuttier, and has a slightly crisper, toastier taste.

Vintage Port – My personal favourite style, even though I’ve never tried it. This wine is meant to be aged for a really long time. I mean REALLY long.

20 years of aging for Vintage Port is the lower limit. When done right, it can keep for much longer.  There are bottles that have lasted for even a hundred years. 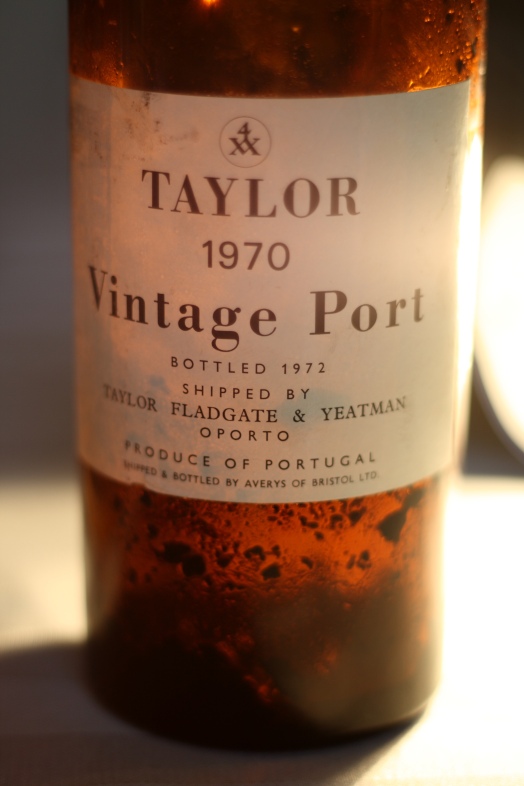 It’s a generally accepted principle – “Buy a Vintage Port at the child’s birth, open it on the day of the wedding.”

Opening a bottle is quite a ceremony as well – there is a very specialized set of tongs that have to be heated and pressed against the neck of the bottle. A wet sponge is quickly applied onto the hot glass, causing it to crack cleanly. 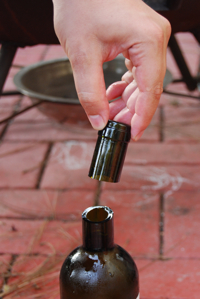 Since it’s been aged that long, a lot of sediment collects in the bottle. This needs to be decanted, which is performed with much pomp and fanfare.

Consider yourself very lucky if you manage to get a sip of this wine.

This post could never be complete without the honorary mention of every Indian’s best friend – Port Wine 1000. 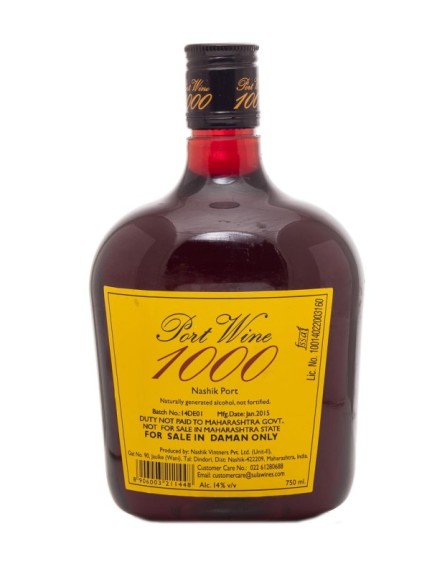 This is the Old Monk of Wine.

I’m not sure what grapes go into this wine, but it’s brilliant. It tastes a lot stronger than it is, considering it’s only 13-14% alcohol. But it’s extremely robust, with just the right amount of sweetness, and enough punch to give you a very satisfying buzz.

It’s not just for drinking either – through experience, I can say that it’s a great base for a thick Port wine reduction. Both meats and desserts taste brilliant with it.

The best part – 750ml will only cost you Rs. 170 in Mumbai. If you are new to the world of wine, this is a good place to start. It’s also a great gateway red wine, if you’re more into whites, and unsure of which red to try.

That’s it for this week – thank you for reading. We’ll be back next week for more.

Till then, adios and happy drinking. 🙂