For a smaller, more compact article on wine aging, you can read my article – Older Isn’t Always Better.

Only certain high quality wines age as well as Jennifer Aniston, the rest end up more or less like Lindsay Lohan.

I sometimes feel that wines are the cats of the alcohol world. They have some dedicated lovers, but a lot people still perceive them as aloof, presumptuous, and generally something they don’t want to be associated with.

Wine is perhaps the least appreciated, and the most misunderstood alcohol in India. Beer is the dog that will always be there to love you, and whisky is the husky that’s slightly more expensive, but everyone automatically falls for.

Note: I mean “fall for” in more than one sense – anyone who has seen an enthusiastic whisky drinker in action can empathise.

Wine is the silent kind of happy cat that gives you the most satisfying high in the world, if you take a little effort to understand it. It will never be in your face, and it will never demand attention, but it will always be there for you when you need it the most.

But that said, one cannot look at a cat and say, “love me”.  Like cats, wines require a bit of initial pampering, but the results are pretty amazing.  The lucky part is, the winemaker usually does 95% of the pampering for you.

So all you need is that final touch to turn something great into something extraordinary.  Your 5% just involves keeping them right. Read this article to find out how.

But we’re here to talk about the 90% today. Wines go through a lot before we find them on the shelves. And while some wines are meant to be aged after we buy them (very heavy-bodied red wines, for example), a large majority of wines are aged carefully by the winemakers themselves.

The manufacturing process involves things like removing any sediments and particles, and making the wine clear and pretty, through some very impressive science-y techniques.

But part of this process is maturation, where the wine is just allowed to rest, to allow its own flavours to develop naturally after fermentation.  This can take anywhere from 6-18 months, even longer. So the real hard part, the aging (or the pampering, as I like to call it), is done at the vineyard itself.

This can be done in two ways, depending on the spending power of the vineyard, and the style of wine being made – Barrel aging and tank aging.

This is the super expensive method. The best kind of barrels for aging wine come from French Oak, because of the high amount of vanillin in the wood. This element imparts a vanilla kind of taste to the wine, making it a lot more palatable.

Not only that, the wood itself is a little porous, which allows just the right amount of oxygen to pass through so the wine can improve as it rests.

Unfortunately, this also means that a bit of wine is lost by evaporation. And if the air gap isn’t filled on time, too much oxygen can creep in and kill the wine.

It also contributes to the colour of the wine – whites turn golden, and ruby reds become more of a rust colour. This is a natural process, but oak aging tends to accelerate it.

WineFolly is every wine lover’s best friend. Check out the website here.

Thirdly, it actually helps to regulate the amount of tannin in red wines. Too much tannin, and the wood absorbs it, making the wine easier to drink. Too little, and the wood actually adds a bit of tannin and flavour to make up for it.

At an average, that means each barrel can hold about 300 bottles worth of wine. Then you consider that some vineyards produce upwards of 150,000 bottles a year…

That’s right. Once the wine has been aged in the barrel, you can’t use the barrel again the next year, for a fresh batch of wine. A lot of the flavour gets leached out, and you end  up with an unconvincing, inconsistent product.

That’s why producers insist on procuring “virgin oak”, which is part of the reason they’re so expensive.

Barrels don’t get discarded after use – they are generally sold to whisky producers. You’ll often come across certain whiskies that mention they have a “Port finish” or a “Sherry finish”. That’s because the whisky was aged in barrels that used to house Port and Sherry before.

So it’s a pretty massive investment, and it has to be done every year, if you want a consistent product. And your wine will really shine because of it.

But too much oak isn’t a good thing either. When California started producing wine, they emulated the French by oaking almost all of their wines, especially the Chardonnays.

It came to a point where people got so sick of oaked Chardonnay, of the toasty, smoky flavour of the wood, and the vanilla – that some producers specifically mentioned “unoaked chardonnay” on the label, so their product would sell more. 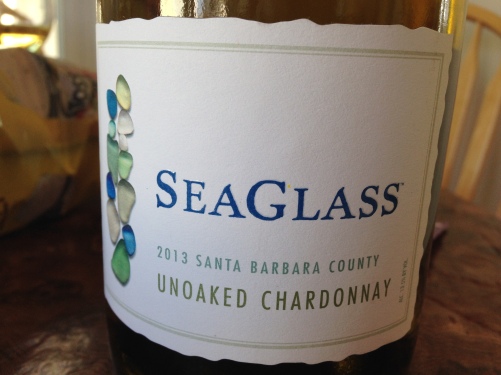 American oak wood can also be used to make barrels, as it is cheaper and easier to process. And it really all depends on what the winemaker is trying to do. French oak provides a really silky, satin-like texture to the wine, whereas American oak tends to make it a little more robust and spicy.

You can’t escape technology. The logistics of managing hundreds upon hundreds of super expensive barrels every year isn’t a task that everyone can handle. In fact it’s pretty unrealistic, because it completely eliminates the scope for small producers.

But you can always rely on some mad genius to make everyone’s life easier, and that’s what happened with the wine industry, too. Tanks made of stainless steel made an appearance sometime around the 1960s.

They were an instant success, because they solved one huge problem – temperature control. Wines don’t take well to heat fluctuations, so this helped to create a much more high-quality wine.

They also solved the problem of volume. Tanks today can be as large as 20,000 litres – some go even more than that. They can be sealed completely to prevent any evaporation, kept at stable temperatures throughout, and can be regularly monitored without the fear of oxidation.

And of course, tanks have a really long life span. Ten years without breaking a sweat, and ideally much, much longer.

But since the tank method is a large-scale, bulk method, it’s generally considered to very inferior compared to oak aging. That and, there’s no contribution of flavours by the tank (thank God for that). That didn’t stop the determined ones though – the ones who wanted the flavour of oaked wines, but couldn’t afford the barrels.

They devised a fix which is used even till today – with mixed results. They added toasted oak chips, shavings and staves inside the tank, where the wine was resting.  Obviously this is a crude method, and the flavour distribution isn’t uniform, but it sort of gets the job done.

As I mentioned, this aging takes about 6-18 months, and sometimes can go for much longer. There are some wines that age even more in the bottle.

Very aggressive reds like those from Bordeaux in France, generally need 5-10 years of aging inside the bottles before they can even be considered drinkable.  To quote a friend of mine, “a young Bordeaux has enough tannin to wake up the dead.”

It does sometimes pay off to wait a year or so before drinking the heavier reds you get in India (Sula’s Cabernet Shiraz, or Grover’s La Reserve), but they shouldn’t need any more than that. Every wine has that point at which the quality starts reducing with time, so try to drink them young.

I hope this article was helpful. As always, if you have any questions, leave a comment below, send us a mail here, or find us on Facebook here.

See you next week!