“Come quickly, my brothers… I am tasting stars!”

– Dom Pierre Perignon, when he tasted the first Champagne of his own creation.

Last week, we did a little introduction on Champagne. You can find it here.

But how does that happen? How do the bubbles manage to get into the wine, even by accident? Well, if you’ve ever had a cola or a soda, you’ll know that the fizz comes from an injection of high pressure CO2 gas. Admittedly, this technology was somewhat lacking back in the day, but the principle remains the same.

The answer lies in the yeast. Wine is a fermented beverage. The fermentation occurs because the yeast introduced into the grape juice feeds on the natural sugars in there. The one product of the reaction that everybody cares about is the alcohol. The second product is CO2 gas.

So here’s how it probably went down in ancient Rome – the grapes were picked, crushed and fermented in winter, and stored in terracotta pots in cellars way underground. This cool environment deactivated the yeasts, and the wine still tasted great as it aged.

However, when temperatures started increasing during summer and spring, the yeast began to wake up, and started performing its single-minded function – eating sugar. So you can imagine the vintner’s surprise when he went down to get a nice little glass of wine and ended up getting a face full of bubbles instead.

Considering how long the wines were stored, it’s quite possible that the pressure that kept building in the terracotta pots was enough to shatter the clay from the inside.

Now, this was a problem that was rampant in the Champagne region as well. The Monks of the Benedictine order had a small monastery in Hautvillers, and it was quite a common practice at those times for the King to visit the abbey as a peaceful respite from the stressful nature of his position.

This put the Monks in a somewhat dangerous position, as they were now under pressure to produce wine that was good enough for the King to drink.

This was easier said than done, considering the cold climate of the region, as well as the declining quality of red grapes from their vineyards. Their wines were adequate, but slightly underwhelming. Even their famous Chardonnay grape only managed to produce moderate quality wines.

Enter the most eminent personality in Champagne’s wine history – Dom Pierre Perignon, who was the cellar master of the Hautvillers Abbey at the time (circa 1665 AD).

Contrary to popular belief, sparkling wine was not the creation of the revered monk. At the time, bubbles in wine were unanimously considered to be a major flaw, and many people went to great lengths to prevent them from occurring.

There was another, major reason that the bubbles were a problem. The bottles themselves were not built to withstand such pressure from within, and often used to burst, causing great damage to their surroundings.

Although the monks did not understand the science behind it, they knew that the bubbles were responsible for this destruction, and often used to refer to the bubbly as “Wine of the Devil”. It sounds dramatic, but they had good reason to fear it. 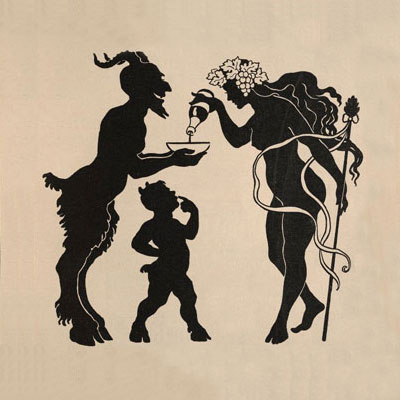 A bottle of Champagne at the time produced a lot of internal pressure, nearly 60 ppi. In comparison, car tires today are pumped up to about 30-35 ppi. So that’s a lot of power behind the explosion.

If an exploding bottle doesn’t sound dangerous enough, consider this – it wasn’t limited to just one bottle. Since the wines were stored in cellars, they were in extremely close proximity to each other. If one bottle exploded, it caused a chain reaction that systematically destroyed every bottle in the cellar.

The hemp and rope stoppers used to fly out at a speed of nearly 55 km/hr, enough to cause permanent eye damage to anyone unlucky enough to be within twenty feet of it.

It was pretty common to lose 95% of the total wine produced (several thousand bottles) because of a single explosion. Dangerous odds to play.

Anyway, coming back to Dom Perignon… he was the one who figured out the real reason behind the mystery of the Devil’s Wine, and instead of trying to get rid of the bubbles, used them to make the wine even better.

Not only that, he was the first to suggest that the monks stop producing low quality Pinot Noir and Pinot Meunier wines, and instead blend the two with Chardonnay to make a single wine of higher quality.

After much experimentation, and some really tremendous results, the monks agreed, and the practice of blending was first introduced. This original blend is still in use today. Finally, they had something good enough to serve to the King.

However, it was still considered bad manners to serve a time bomb to a guest. A bottle of your best wine is still no good if it explodes on your table. In fact, it’s a little alarming, and quite possibly life threatening.

Again, it was old Dom Perignon who came to the rescue. He approached all the glass blowers and bottle producers and requested them to make thicker, sturdier bottles for him.

He travelled to the South of Spain, and found that when compressed, the wood from a particular tree did not get pushed out of the bottle by the internal pressure. And thus was the traditional rope-and-hemp stopper replaced by the cork, another practice that exists to date.

Dom Perignon changed everything. He introduced the idea of blending, fixed the problem of exploding bottles by using thicker glass, replaced stoppers with proper cork, and managed to produce a style and quality of wine that would become the most famous wine in the world.

Although Champagne still remains a lasting testament to the Old World, a lot has changed since the 18th Century. Production still remains strictly regulated, but the cultural shift over the last couple of centuries has seen Champagne used in a lot of different ways.

Stay tuned for the last part of the series, coming very soon. I hope you enjoyed reading this as much I enjoyed researching and writing it.

See you all next week.